I felt sad when my daughter cried yesterday, after school. Her friends told me that she was bullied by her classmate. It’s a boy. He asked an answer for Math but my daughter didn’t give it. He said, ”Monkey!” to my daughter. As long as I know, that boy named, Al, never did something mean to my daughter. Even the most naughty boy in her class never hurts my daughter.

I asked myself, why is Al doing that? Maybe because he’s angry didn’t get the Math answer or something else. At that time I was so angry and wanted to say something to Al’s mom. But I tried to calm myself and clear my mind. I just said, “Just ignore if your friend say bad words to you. If you’re crying, he will bully you again and again. Be a tough girl.”

As I arrived home, I discussed it with my husband and he said the same thing to my daughter. “You don’t have to fight back. Just ignore him. That’s enough,” said my husband to his girl.

My daughter is still in her sadness for a couple of minutes. Maybe she was confused about her attitude to Al at school. Once again, I tried to cure her scar deep inside her heart. “You are Mom and Dad’s brave girl. Don’t cry anymore if it happens again. Ok?”

But for a child, ignoring the bullying is not enough, and it’s not a solution for long term. I try to think, why a child could say such bad words to their friends? Is it because of his neighborhood or his parents habitual at home? If parents bully their children, then they will imitate those bad languages and they will yell it when they get in to other environment for sure. Then they get used to it.

Moral principal is our responsibility in parenting. If there is no moral education at home then the children would be like an animal. Uncontroll, wild and free. It’s pathetic. My daughter is a child with the gentle habitual. Although sometimes, I yell at her about discipline, but I never say anything bad to her. Especially her Dad, there’s no bad word in every single conversation to my daughter. I really inspired by his gentle affection. So, no wonder my daughter’s crying because of that bad word.

Cause I realized, bad words will create bad child. A Tiger should treat his son like a Tiger. A human should be treated with love and gentleness. Even a Tiger mother has her own way to love her little tiger.

So, whose duty to prevent the children from bullying? It’s ours as parents and teachers at school should be one of the main elements to see the symptom. This is a serious problem for us. One thing that I understand from this experience is ‘don’t bully your children if you want your children be happier than yourself.’

5 thoughts on “Why Children Do Bullying?” 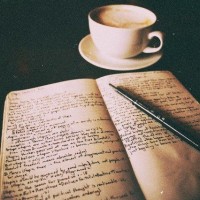